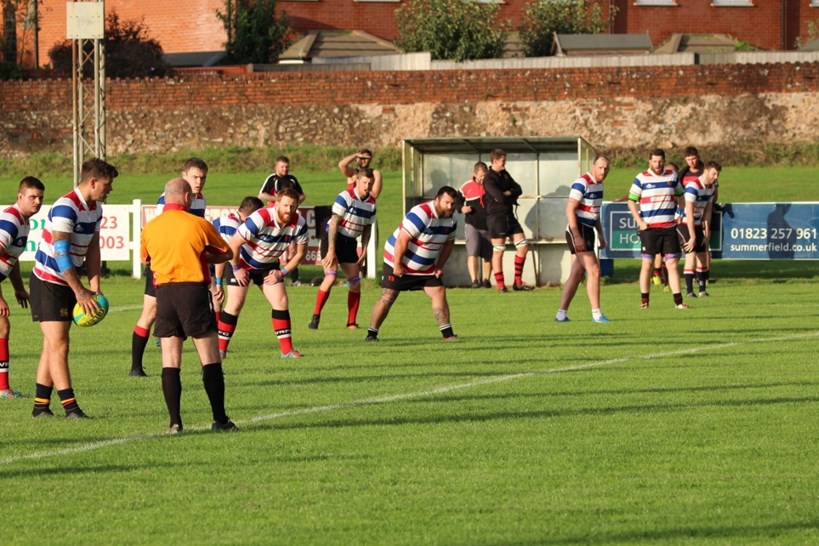 The 2019-20 Season started with a pre-season friendly at Wellington. This was always going to be a hard fixture, which was made even harder for the 17 who played with a number of late cry offs and several no shows.

The result saw Wellington romp to a 62-0, which was not the stonking result for them they would have hoped for given the 30 plus players they had against the same 15 Wyvern players for almost the whole 80 minutes: Coach, Chris Richards, was a late arrival owing to work commitments and President and Chairman, Martin Howe, did not come on till absolutely necessary.

Wyvern started very well and for 10 minutes were the equal of their younger and fitter opposition. The training ground phase play ran well for the forwards, who worked their way towards a very solid Wellington defense. Heat, poor fitness levels and lack of numbers all contrived to allow Wellington to steadily take a grip on the game, though they never had it all their own way.

Individually the Wyvern tackled well, but the lack of cohesion as a defensive live allowed Wellington to take full advantage of their youth, fitness and regular player changes. Certain tries were saved by covering Wyvern players, with notable efforts from Andy Perrin and Jamie Bere, the latter making up ground and scything opposition players down when they thought they were through.

The pack were solid in set piece, with Dave Auldermard leading the defense and George Taylor driving in attack. All credit to Tony Scott who stuck to his task at prop for the full 80 minutes, having turned up expecting to play no more than 40.

Several new faces adorned the Wyvern back line and the contribution of Richie, Dom and George did not go un-noticed, likewise in forwards from Luke and Robbie.

All in all a good day at the office, despite the result. Wyvern have identified the areas they need to be working on at training over the next few weeks, before they welcome Frome 2nds for another pre-season friendly on the 7th September. Things then get serious on the 14th September when the League season starts in earnest away at Castle Cary.